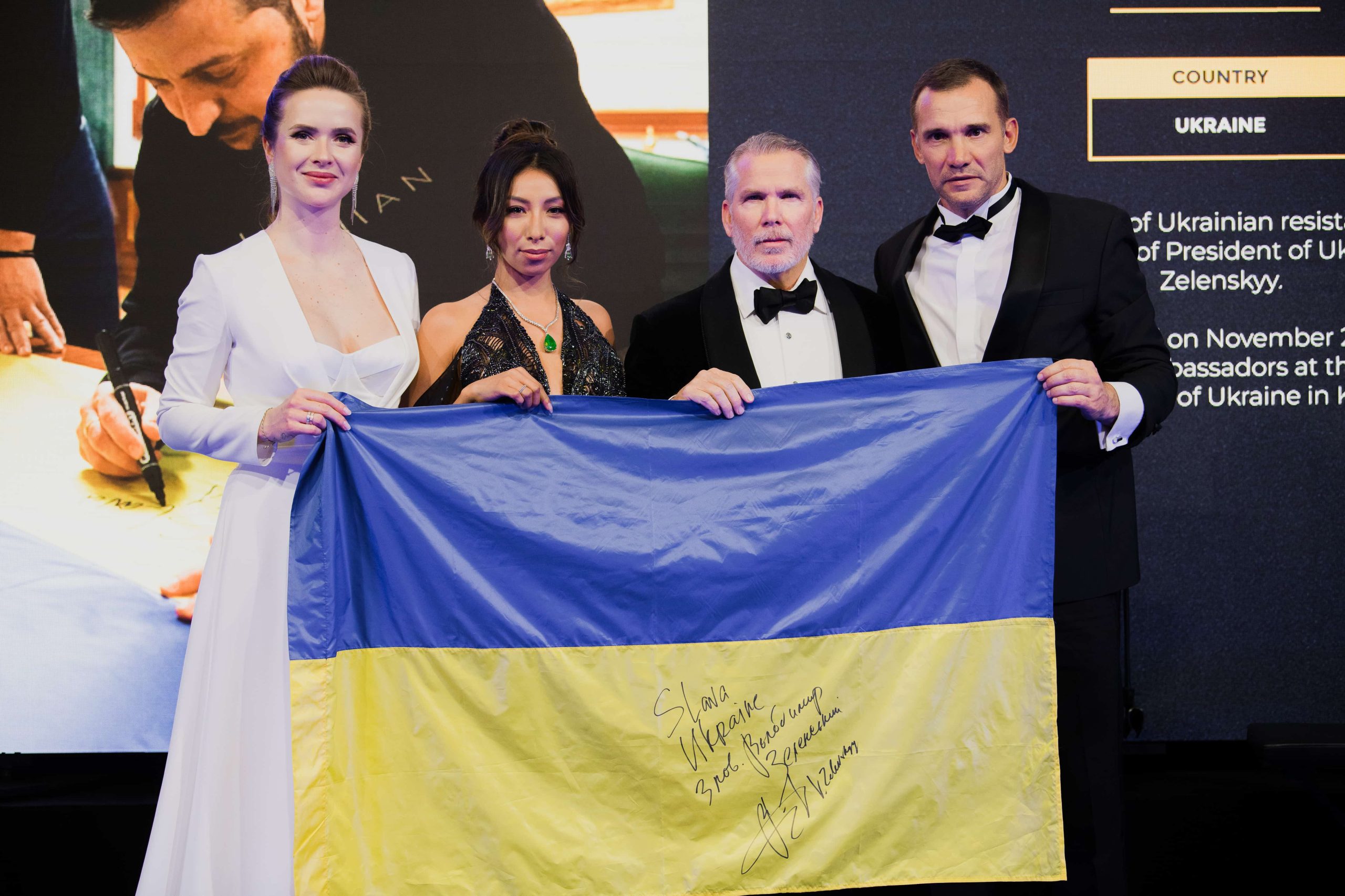 On Friday, December 2, the Elina Svitolina Charitable Foundation organized a fundraising auction during the annual gala dinner, which was held for the first time in Monaco.

The funds collected during the event under the High Patronage of His Serene Highness Prince Albert II of Monaco will be used to finance initiatives that the Foundation has been carrying out since 2019. A part of the funds will be donated to the UNITED24 platform to purchase generators for Ukrainian hospitals.

“My goal is to unite those who support Ukraine. The whole team undoubtedly believes in our victory and we are already thinking about the post-war reconstruction of the sports infrastructure. I dream of building the best tennis academy for Ukrainian children. Young talents forced to leave their country during the war should be assured that they are welcomed at home. I am also happy that during the charity auction, we held a fundraiser for UNITED24 to purchase generators for Ukrainian hospitals,” emphasized Elina Svitolina.

“We organized our annual charity event during a very difficult time for our country. We understand that due to the war, attention to sports has significantly decreased. But we also understand that everyone has to fight on their own front and therefore, we continue to help Ukrainian athletes. I am infinitely grateful to our donors and partners who trust us and have supported the foundation’s programs since its start,” added Anna Popovchenko, the director of the foundation.

At the third gala evening, we managed to collect more than €240,000 (and still counting) for the Elina Svitolina Charity Foundation, as well as for the UNITED24 program, launched by the President of Ukraine, Volodymyr Zelenskyi. Elina Svitolina and Andriy Shevchenko are also its ambassadors.

You can still bid for numerous prestigious lots until December 20, 2022 by following the official auction link: http://app.galabid.com/esvitolinafoundation/items

The Elina Svitolina Foundation is a charitable organization that has been working since 2019. Its main goal is to identify and support the best young talents for the future of Ukrainian tennis. The Foundation’s team strives to create optimal conditions for boys and girls so that they can build their professional careers. After the start of the full-scale invasion of Ukraine in February 2022, the Elina Svitolina Foundation launched a new line of activity — providing emergency assistance to young athletes and their families fleeing the war.