Mission: to return children to childhood 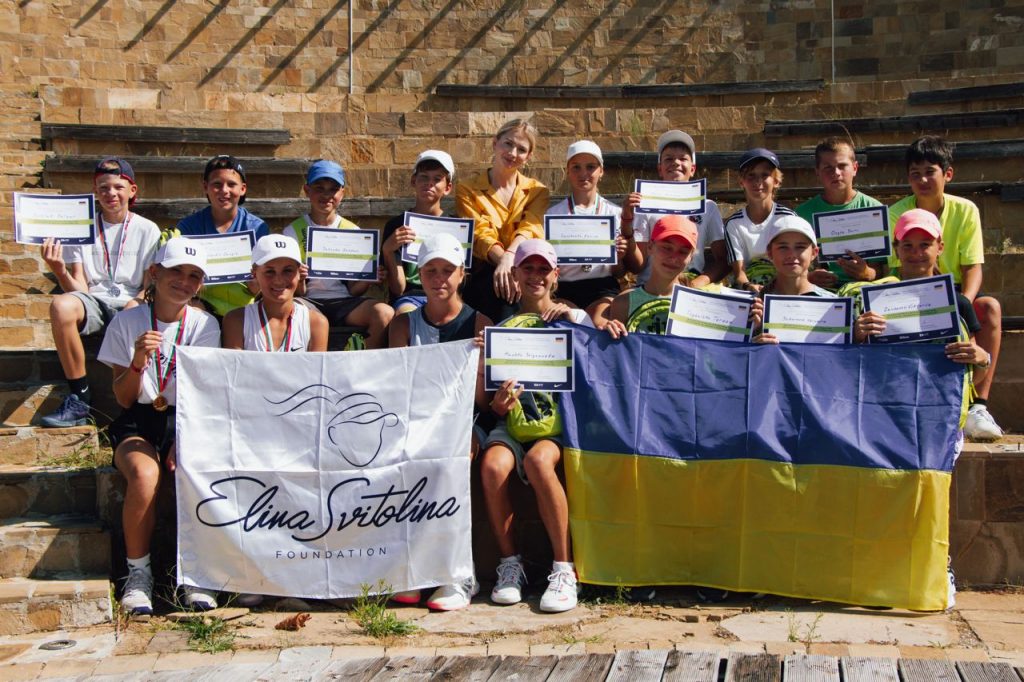 The annual event of the Elina Svitolina Foundation — ES Tennis Camp — lasted for 10 days, from September 16 to 26. The sports and training camp for gifted athletes under 12 was held for the fourth year, but it was the first time abroad.

Elina Svitolina commented on this year’s event as follows: “Originally, the idea of ​​the camp was to give talented children the opportunity to improve their skills under professional guidance. This year, we had another goal — to return children to their childhood, to distract them from the war. I am happy to see the smiles on their faces — it means we’ve succeeded!”.

After the start of the full-scale invasion, the foundation launched the Tennis for Refugees program. It helps young tennis players who left their hometowns and lost the opportunity to train. But, according to the foundation’s director, Anna Popovchenko, it was important for the team not to give up on the traditional event. Even more importantly, not to let the war destroy the plans and deprive children of the opportunity to develop and realize their potential.

The participants of the ES Tennis Camp – 2022, held in Sozopol, Bulgaria, were nine Ukrainian players included in the ranking of the Tennis Federation of Ukraine. They were joined by four peers from Bulgaria. Accommodation, food and training for all participants were provided as usual.

For ten days, the children had the opportunity to train in the conditions and according to the program of a professional athlete. Their main mentor, as in previous years, was the honored coach of Ukraine, Alyona Svetova.

Every day began with a medical examination, followed by classes and special physical training, group and individual practice of technique and training matches. There were also classes in theory, tactics and psychology. After the matches, there was a group discussion. The coaches explained to the young athletes what they succeeded in and what they needed to work on more. Together they considered the tactics for the next games. Additionally, this year, participants were encouraged to keep sports diaries to improve their performance.

A special event for the young players was a video conference with Elina Svitolina. During the conference, they had the opportunity to get answers to their questions and hear the instructions of the No. 1 tennis player in Ukraine. Elina advised the children to set challenging tasks for themselves every day, believe in their strength and always go the extra mile in competitions as well as training.

“This camp has become something much more for me than training and rest,” says Daria Bilyk, the winner of the domestic tournament among girls under 12. “I now understand how to work to achieve the results I dream of. I can see myself in the future: a professional, strong tennis player, a winner. It inspires me to go through the hardest training. Elina told us about winning over yourself, and now I repeat her words in my mind when I get tired or doubt myself.”