On July 23rd Tauron Arena Krakow hosted a charity match within the “Iga Świątek and Friends for Ukraine” event. Thousands of fans in the stands and nearly a million TV viewers watched Iga Świątek, Agnieszka Radwańska, Sergiy Stakhovsky and Martin Pavelski. The matches were refereed by the best tennis player of Ukraine and United24 ambassador Elina Svitolina. The special guest of the event was Andriy Shevchenko, who is also an ambassador for President Zelensky’s program. Polish First Lady Agata Kornhauser-Duda was also present, inviting to the Presidential Box the children, who are cared for by the Elina Svitolina Foundation. Young Ukrainians had the opportunity to watch the matches of eminent sportsmen together with Mrs. Agata, after which they talked to her and received gifts.

In the mix, world number one Iga Świątek paired with 17-year-old Martin Pavelski beat Agnieszka Radwańska and Sergiy Stakhovsky (6-4, 10-12, 1-0). In singles, the former second-ranked player of the world, Agnieszka Radwanska, beat Świątek 6-4 in a one-set match.

However, on this day the results were not paramount, contrary to all sports canons. The event was intended to draw attention to the war in Ukraine and to raise funds to help affected children and teenagers (remember, the money from ticket sales will go to the official platform United24, the Elina Svitolina Foundation and UNICEF Poland).

“I know that social memory is short, so we wanted to implement this idea to remind the world that the war in Ukraine is not over,” emphasized Iga Świątek. – Seeing the arena full of fans and feeling the involvement of the other players, I was touched. In my opinion, we achieved our goal of helping through tennis and showing the tremendous social power of sports”.

Thanks to the joint efforts of Polish and Ukrainian sportsmen it was possible to collect more than €500,000 from ticket sales, Meet & Greet with the players as well as purely charitable donations. “It was a sporting event that gave people joy and showed the power of sport when it unites us across borders to help other people, – Elina Svitolina emphasizes. Side by side with our friends, we are getting stronger. I would like to thank everyone who has contributed to United24, the fundraising platform founded by Ukrainian President Volodymyr Zelensky, and my foundation, the Elina Svitolina Foundation”.

The matches, which were broadcast on the Polish channels TVP 1, TVP SPORT, TVP Polonia and TVP Wilno, could be seen all over the world. On average about 600 thousand viewers watched the event, at the peak – almost a million. In Poland, 10 percent of the population watched the broadcast, meaning that on the day of the Iga Šventek and Friends for Ukraine event, every tenth Pole watched the game on TV. A recording of the event can be viewed by clicking here 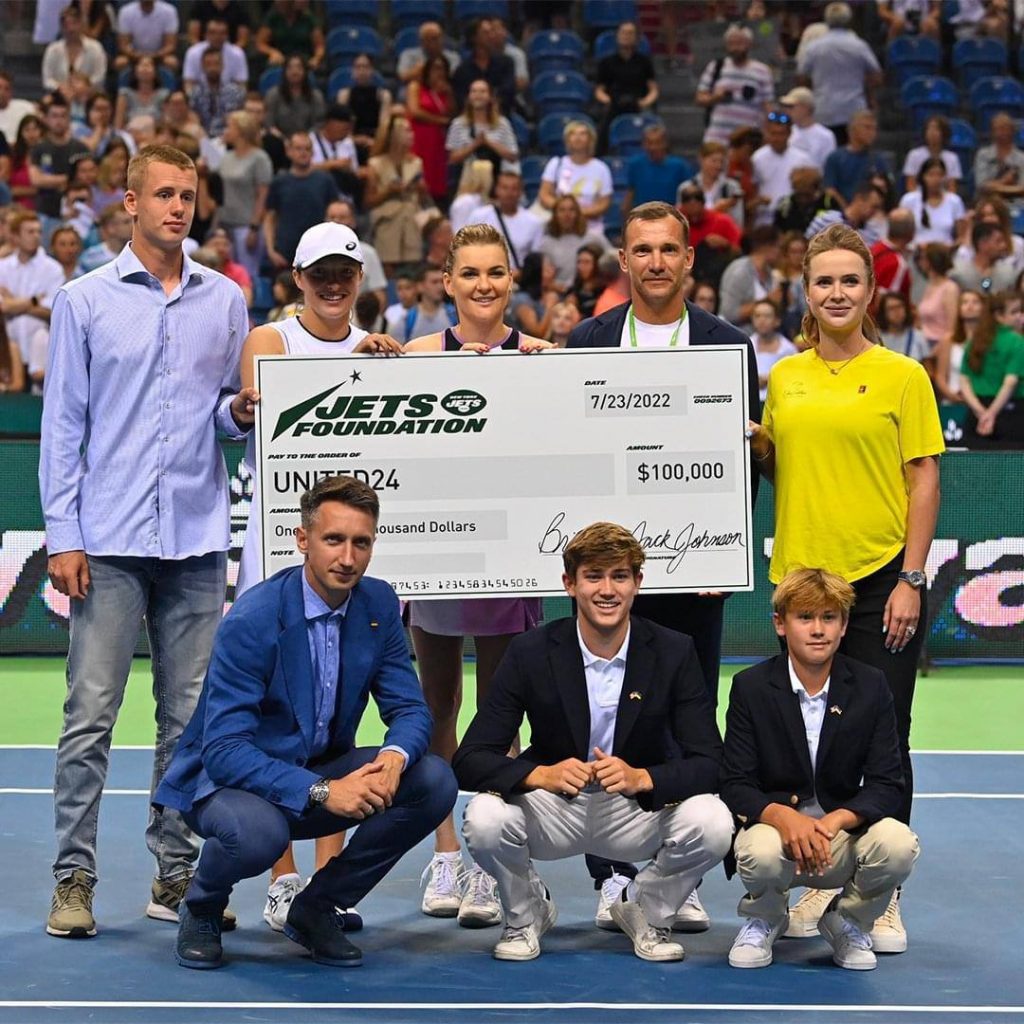